Settlers first came to Mesilla in 1848, following the treaty of Guadalupe Hildalgo. Mesilla became part of the United States with the Gadsden Purchase, which was consummated by the raising of the American flag in the town plaza on November 16, 1854.

Albert Fountain moved his family to Mesilla in 1873. They were living just off the plaza at the time of his and Henry’s disappearance. 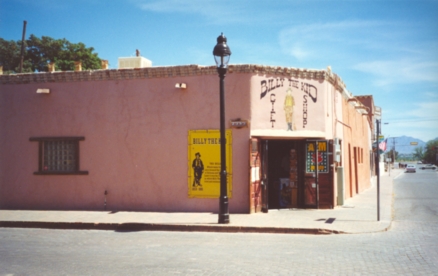 This building, now the Billy the Kid Gift Shop, was once the courthouse in Mesilla. In 1881, within these walls, Albert Fountain served as the defense attorney for Billy the Kid.