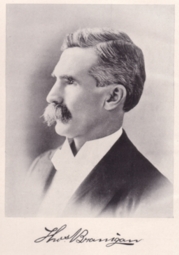 Captain Thomas Branigan was born in Edinburgh, Scotland, in 1847.  His family came to the United States in 1849 and settled in Ohio.  At only fourteen years of age, Branigan enlisted in the Union Army.  After the Civil War, Branigan attended the Mennonite College in Wadsworth, Ohio, before going West in 1867.  He served as captain of Indian Police and was involved in the campaign to capture Geronimo.  Branigan finally settled in Las Cruces, purchased land, and began the raising of bees for the production of honey.  He was also interested in gold mining in Sierra country.

Thomas Branigan, along with W. H. H. Llewellyn, led the search for the Fountains on a cold February night in 1896.

Branigan spent 1899 and 1900 as the Dona Ana County Assessor, was a member and treasurer of the Dona Ana Republican Central Committee for eight years, spent time on the Las Cruces school board, and did other public works. Branigan died in 1925. 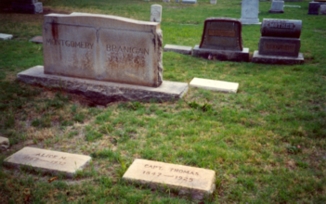